The Association of Rizokarpasso in Britain on November 5th held its annual Dinner and Dance at the Penridge Banqueting Suite. All age groups were represented, proud of their roots and not prepared to forget that Rizokarpasso belongs to them.  The music had people from all age groups on the dance floor including the toddler Raffaello and Katina, who is 90, in what was a joyful community atmosphere where people ate a delicious meal, danced and enjoyed the company of friends and relatives.

Present amongst the guests were the Consul General of the Republic of Cyprus in the UK, Ioannis Koukoularides, The Rt. Revd. Bishop Athanasios of Tropaeou, the President of the National Federation of Cypriots in the UK, Christos Karaolis and former MEP, Marina Yannakoudakis.  Two members of the Association were honoured at the dinner and were presented with plaques.  Anastasis Georgiou, aged 94, the eldest member of the Association was acknowledged for his long period of support for the Association and Michael Lidas, aged 85, was acknowledged for his continuous and significant service on the Committee since the Association was formed in 1975 and as President of the Association in 1986. Both Michael and Anastasis have continuously supported the Cyprus cause and always attend the July Rally for Cyprus and November Picket outside the Turkish Embassy, their advancing years have not prevented them from participating or dampened their desire to see a free united Cyprus and the return of their properties in Rizokarpasso.

Maria Karaolis, the President of the Association of Rizokarpasso in her speech once again referred to the plight of the enclaved friends, relatives and compatriots in Rizokarpasso, who have sacrificed the last 42 years guarding their rights to their properties, denied the basic human rights and freedom that all other European citizens enjoy.  She said “they have suffered violence and intimidation, which has seen the Greek Cypriot population of Rizokarpasso reduced from around 4,000 people in 1974 to just 228 of whom 41 are schoolchildren.  Each child will once again this year be receiving a €50 Christmas present from our Association.”

She continued: “Turkey is considered by our Government and other Western nations to be an important NATO ally that holds the key to a number of really important issues in the Middle East. In reality Turkey has used both the Daesh threat and the migration crisis facing the EU for its own ends and to further its expansionist agenda; Iraq had good cause to tell Turkey it didn’t want it involved in the current battle for Mosul. Turkey already has troops in both Iraq and Syria without permission of either Government!  Turkey wants to join the EU yet muzzles democracy, imprisons journalists and Government critics, fails to abide by Agreements, ignores the Geneva Convention, ignores UN Resolutions, mistreats its religious and ethnic minorities; including 25% of Turkey’s population who are Kurds.  Turkey does not share our Western interests or European values.  Turkey insists on keeping its anachronistic Guarantor Power for Cyprus.  The Republic of Cyprus is an independent country and a member of the UN, the EU, the Commonwealth and is a valued, stable, reliable, democratic, ally in a very volatile region; it doesn’t need Guarantors. Turkey says that it wants the negotiations to be successful yet in September it continued to violate the Republic of Cyprus airspace and made illegal use of closed ports by Turkish warships. ”

She concluded “Let us hope that the latest round of talks, which will continue next week in Switzerland, will have positive results and that Turkey will allow the leader of the Turkish Cypriots, Mr Akinci to genuinely negotiate with President Anastasiades in a manner that can lead to a just and viable solution that will reunify the island, terminate Turkey’s illegal actions, which are a violation of the sovereign rights of the Republic of Cyprus and against international law, and allow all  Cypriots to live together in a peaceful and safe Republic of Cyprus.  The enclaved in Rizokarpasso deserve an agreement that has Rizokarpasso and the Karpasia Peninsular under Greek Cypriot administration.”

Maria Karaolis thanked all the past Presidents, past and present Officers and Committee Members of the Association for their dedication and hard work.  She also thanked all the members, friends and advertisers in the brochure, and those who have donated prizes for the raffle, who have supported and sustained the Association since its formation in 1975. 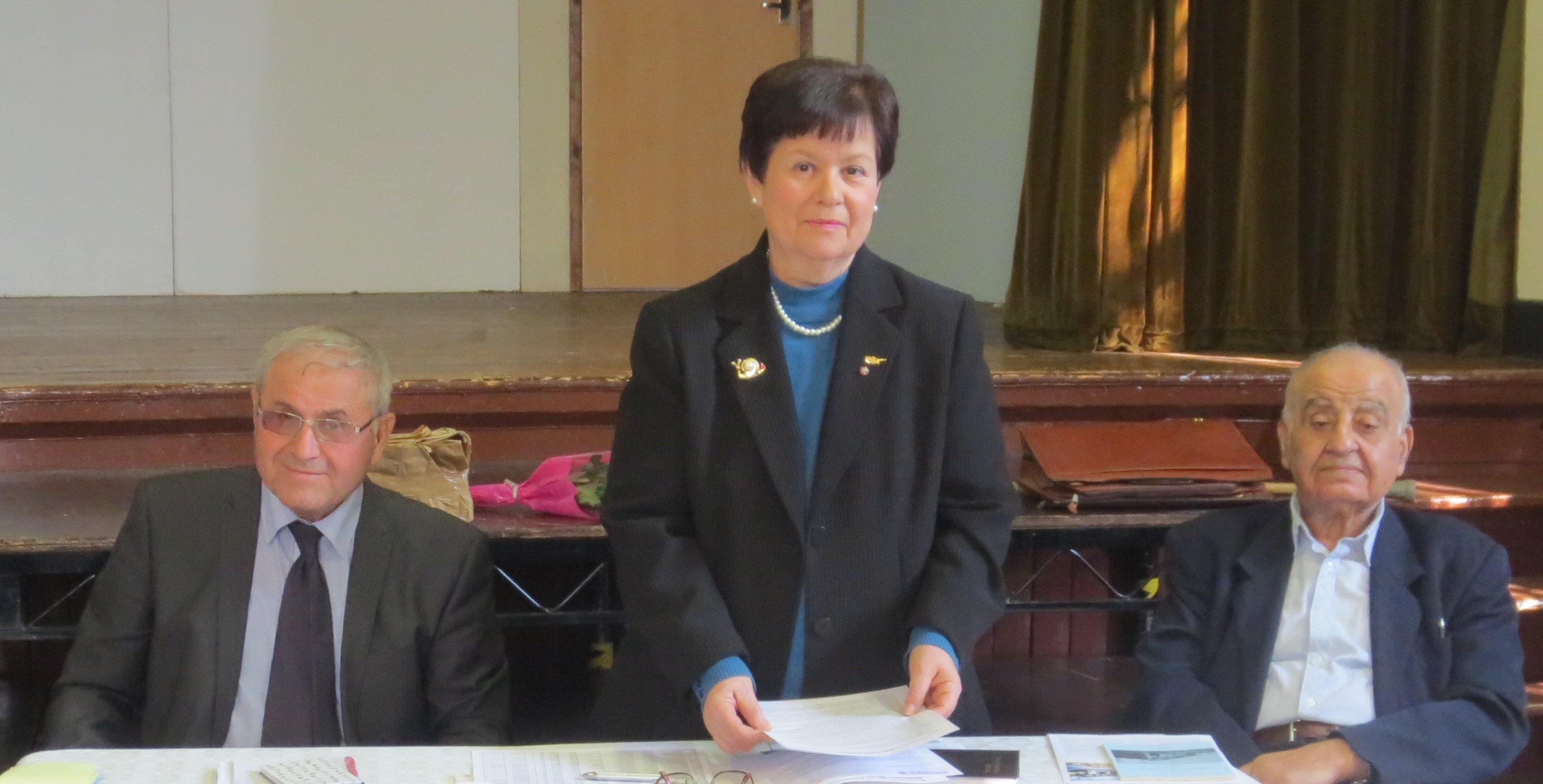 We would like to invite all our members to the Annual General Meeting and Committee Elections at the Cypriot Community Center in Wood Green on Sunday, 23rd April 2017 at 3pm.
Refreshments will follow for all our signed members.
We look forward to seeing you all there. 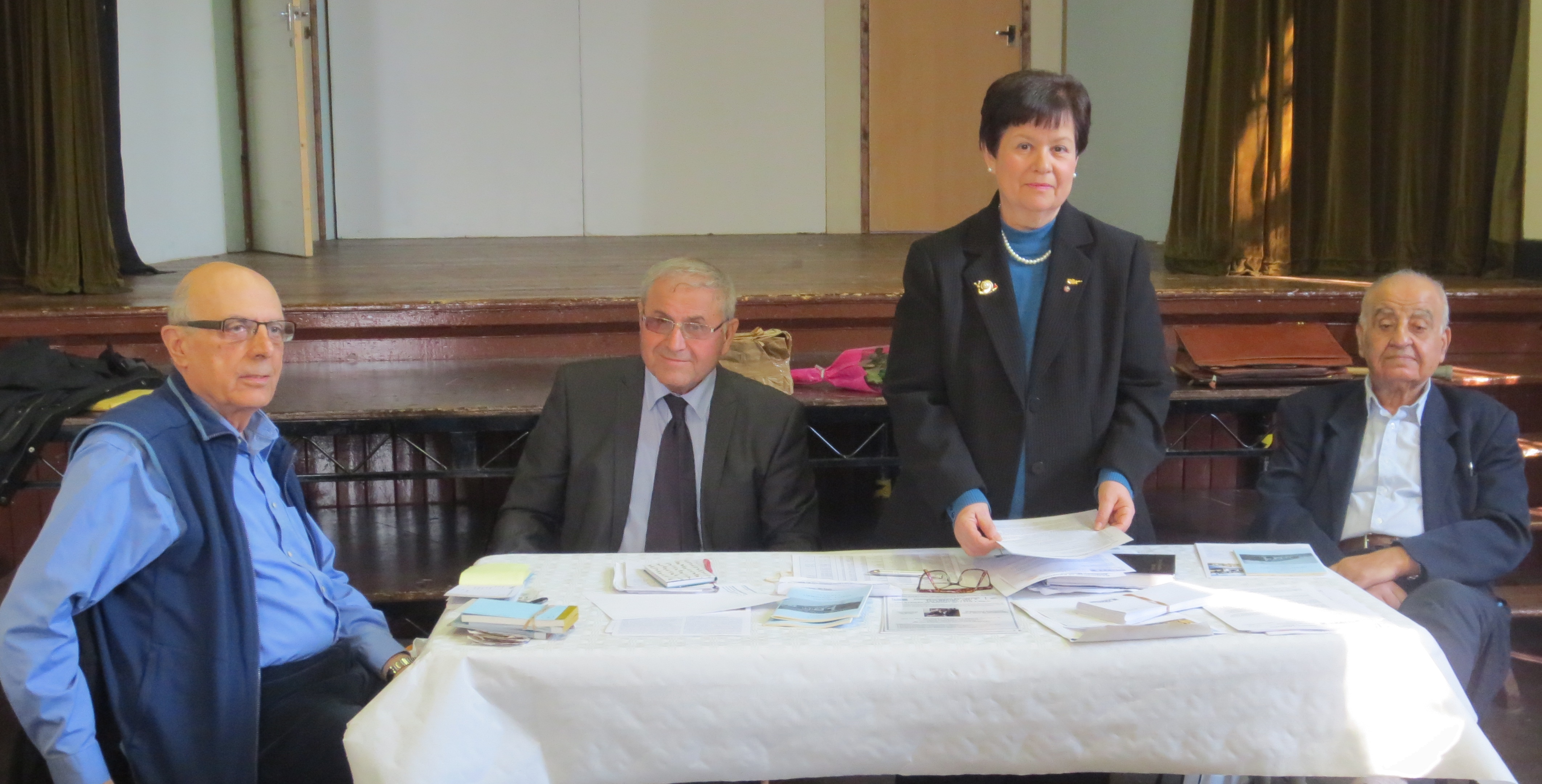 Maria Karaolis, the President, presented a report of the Association’s activities since the last General Meeting. Andreas Gavrielides, the Treasurer, presented the Financial Report; and Pavlos Pavlou, presented the Auditors report.  The members present said they would be exercising their democratic right to vote on Thursday 23rd June Referendum on Britain’s membership of the EU. The meeting finished with all the members enjoying souvlakia, catching up on news and discussing their arrangements for the Association’s summer trip to Southend on Sunday 3rd July and Dinner & Dance of the Association on Saturday 5th November.   All members present received a copy of the booklet by  Yianni Stavrinou Economide “History of Apostolos Andreas Monastery” written in Greek originally published in 1967 and recently reprinted.

Turkey violates the Fourth Geneva Convention which forbids an occupying power to transfer parts of its own population into the territory it occupies.  Over 200,000 Turkish nationals were transferred from Turkey to settle in northern Cyprus and take over the homes and properties of Greek Cypriots.