We would like to invite all our members to our annual summer outing. This year we will be visiting  Eastbourne, and as always the trip includes the opportunity to get together with our fellow Karpasites, a chance to visit this lovely seaside resort and finished over with the traditional fish and chip meal.

if you would like to book your place please call on 07830518245 or email: rizokarpasso@gmail.com. 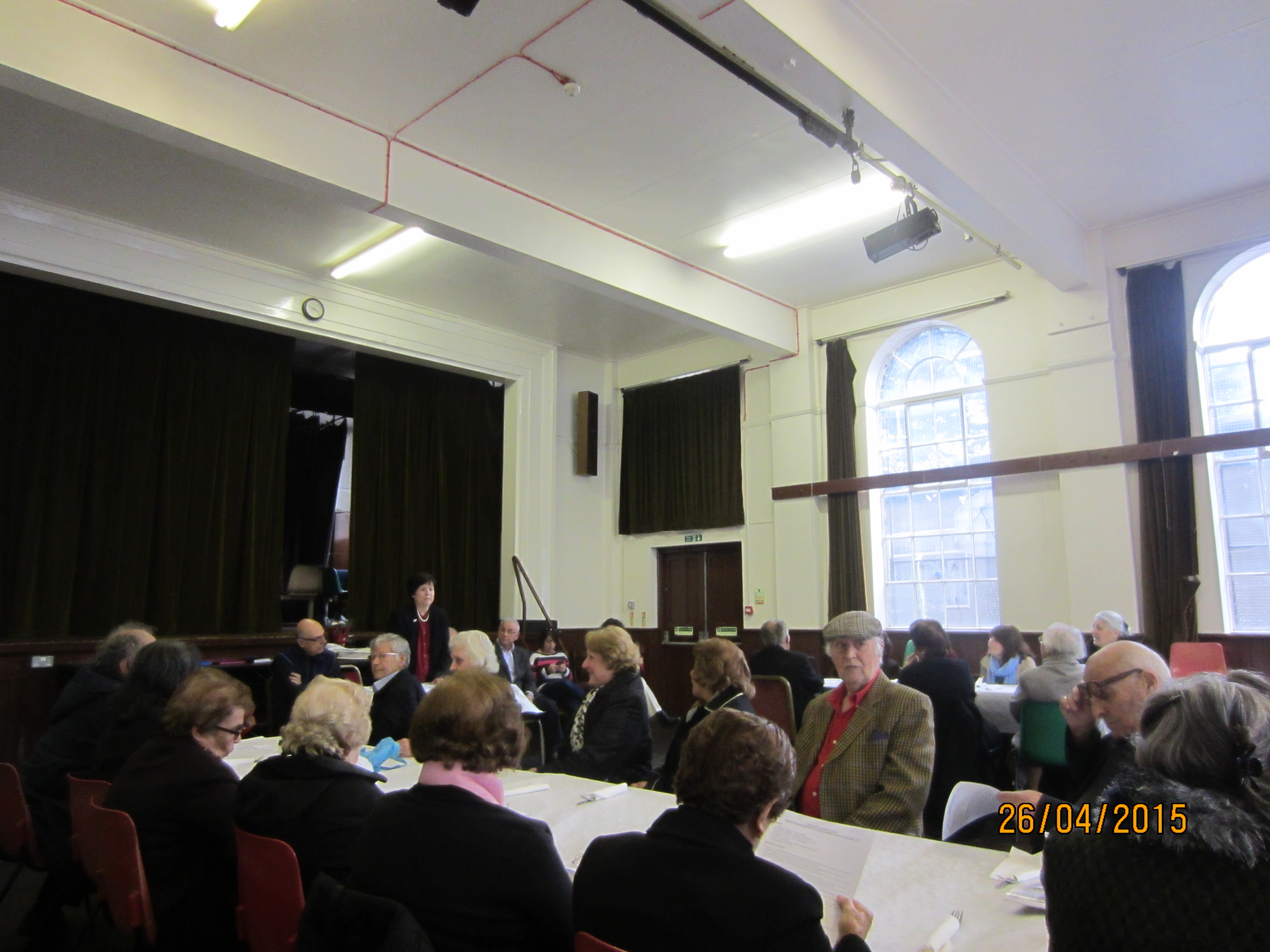 The 41st  Annual General Meeting (84th  GM) of the Association of Rizokarpasso held in the hall of the Cypriot Community Centre, Wood Green, was very well attended, and gave the opportunity for the members present to discuss the many challenges faced by Cyprus and the specific issues regarding Rizokarpasso, especially in relation to the plight of compatriots who have been enclaved for over 40 years and denied basic human rights.  Members began the AGM with one minute silence in remembrance, with great sorrow, that in the past year several members of the Association had passed away.

Maria Karaolis, the President, presented a report of the Association’s activities since the last General Meeting.  Members were appalled that the Headteacher and teacher of English had been expelled from Rizokarpasso by the illegal regime in occupied Cyprus with no reason given.  There was disappointment that even though the Association had written to the British High Commissioner and the United States Ambassador in Cyprus, to the United Nations Peacekeeping Force in Cyprus, the British Foreign & Commonwealth Office and to British politicians, no progress was made on the issue and no explanation provided by the illegal regime for their action.   Andreas Gavrielides, the Treasurer, presented the Financial Report; Tony Vouros and Pavlos Pavlou, the Auditors, presented their report.

The members present said they would be exercising their democratic right to vote on Thursday 7th May General Election and to tell political campaigners that they expect their MP to work on their behalf for a just and viable solution for Cyprus. The meeting finished with all the members enjoying souvlakia, catching up on news and discussing their arrangements for the Association’s summer trip to Eastbourne on Sunday 21st June and to the 40th Anniversary Dinner & Dance of the Association on Sunday 29th November.

The 12 Executive Committee members for the period 2015-2017 are shown below. The strength of the Association is evident by the fact that the committee includes new members, young British born Cypriots and members who were born in Rizokarpasso.  This shows the success of the first generation in passing on their love of and commitment to Rizokarpasso, and Cyprus in general, to their children and grandchildren; all are proud of their roots and are dedicated to working hard to support the enclaved and promote justice for Cyprus as well as serving the members of their Association.